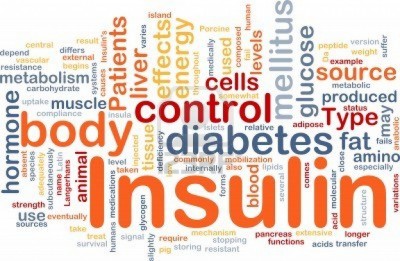 Fiber is a nutrient found in fruit, vegetables, grains and legumes (beans). It has been thought to lower cholesterol, keep arteries healthy, and improve digestion. A recent long-term study carried out by the Harvard School of Public Health and the National Institutes of Health has shown that fiber might also help people live longer after they’ve had a heart attack. Eating more fiber seemed to help women much more than man, however. It is also unclear if a high fiber intake caused the study participants to be healthier, or if people who eat more fiber are just more likely to have other healthy behaviors, like getting regular exercise and eating less sugar.

Can coffee lower your risk for type 2 diabetes?

Coffee is a popular drink all over the world, but researchers aren’t exactly sure how healthy it is. There is a lot of evidence that it can both help and harm your health, but healthcare providers now believe that one or two cups each day is fine for most people. And, a recent study from the Harvard School of Public Health and the American Heart Association found that people who increased the amount of coffee they drank over a 4-year period had a lower risk of getting type 2 diabetes. Drinking more than one cup a day seemed to help the most.

Bristol University in the UK recently found evidence for a connection between the TV watching habits of parents and those of their children. Over 1,000 families with 5 and 6 year old children in the Bristol area were asked to take a survey about how much time they spent watching TV or using a computer. It was found that children whose parents watched TV for more than two hours a day were more than 3 times more likely to do the same. This was even more likely during weekends.

A new study from the Colorado School of Public Health has found that, between the 2000 and 2009, rates of diabetes in children and teenagers have increased dramatically. Type 2 diabetes had the biggest increase for this age group (about 30% overall), but type 1 also increased. Scientists are concerned by these results, and though they’re not sure what is causing the increase, they have stressed that a healthy meal plan and plenty of exercise are the best ways to avoid diabetes. One researcher suggests that a modern diet of mostly processed foods may be to blame.

Some dairy products might be healthy for obese people

New research has shown that dairy products may provide surprising health benefits for obese people. Whey protein, which is found in milk and cheese, can help prevent diabetes in people who are obese. A lot of fat in the blood has been connected to heart disease risk, but scientists have found that certain types of proteins, such as whey, can clear out blood fat. It may also increase insulin, which helps to maintain healthy blood glucose levels. In addition, people who were tested stayed full for longer after eating a meal that was had whey protein in it.