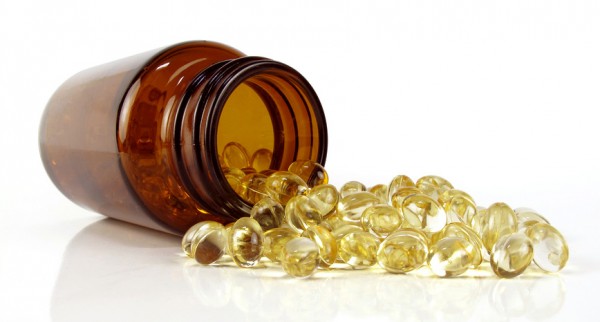 Vitamin D has become very popular. Reports in the media claim that vitamin D can help with many conditions, such as diabetes, multiple sclerosis and asthma. Yet studies have yet to prove these claims. The reality, however, is that many people don’t get enough vitamin D and might be deficient.

What is vitamin D?

Also known as the sunshine vitamin, vitamin D is actually a hormone.  It earns its nickname because it is made when the body is exposed to sunshine. One of the main roles of vitamin D is to promote bone growth and bone health. Vitamin D also plays a role in keeping the immune system healthy, promoting normal lung and cardiovascular function, brain development, muscle function, reducing inflammation and possibly preventing cancer.

What happens if you don’t get enough vitamin D?

A lack of vitamin D can cause serious bone problems. Children who are vitamin D deficient can develop rickets, a condition where their bones are soft and weak. Adults with vitamin D deficiency can also get the softening of the bones, called osteomalacia..

How much vitamin D do you need?

The Recommended Dietary Allowance (RDA) for vitamin D for adults is 600 international units (IU) or 15 micrograms (mcg) per day for adults ages 19 to 70 years of age. Those older than age 70 should aim for 800 IU or 20 mcg daily.

Are you getting enough vitamin D?

It’s estimated that between 40 and 75% of the population doesn’t get enough vitamin D. There are several reasons for this. Unlike other vitamins, there aren’t a lot of foods that contain vitamin D. And while sunshine can help make vitamin D in the body, many people don’t spend enough time in the sun. In addition, factors like living in northern climates, air pollution and using sunscreen can also limit or even prevent the body from making vitamin D.

How do you know if you’re deficient in vitamin D?

What are sources of vitamin D?

One of the challenges of getting vitamin D is that few foods are a natural source.  The best sources of vitamin D are fatty fish, such as salmon, tuna and mackerel. Fish liver oils also contain vitamin D. Other food sources include:

Almost all of the milk in the U.S. is fortified with vitamin D. Non-dairy milks, like almond and soy milk often contain vitamin D, as well. Check the label to make sure.

Spending time in the sun is another way to boost your vitamin D levels. However, keep in mind that you need to spend between 5 to 30 minutes in the sunshine between 10 am and 3 pm at least twice a week, without sunscreen. If it’s cloudy or if there’s a lot of air pollution, you won’t make as much vitamin D.

What about a supplement?

If you’re finding it hard to get enough vitamin D from food sources or from being out in the sun, you might need to take a supplement. Your doctor or dietitian can help you choose the best type of supplement to take. Vitamin D supplements contain one of two forms of vitamin D: D2 or D3. While both forms will raise levels of vitamin D in the body, it’s best to choose the D3 version as it seems to be more potent.

Vitamin D supplements are generally safe, but it’s possible to take too much. Too much vitamin D can lead to vitamin D toxicity. Taking more than 10,000 IU every day for more than 3 months increases your chances of developing vitamin D toxicity. Talk with your doctor about a dose that’s safe for you. If you’re deficient in vitamin D, your doctor might prescribe a very high dose, but only for a short amount of time.  Be sure to take the supplement as directed and make sure to have your blood level of vitamin D checked regularly.