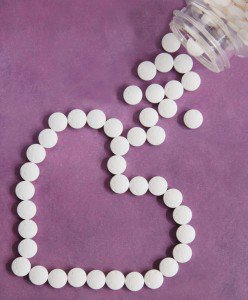 People with diabetes run a two to four fold risk for heart disease compared to the general population. Many large studies have shown the benefits of aspirin therapy after a heart attack. In people who had never had heart disease, those who started on aspirin were 44% less likely to have a heart attack.

When diabetic patients were observed, the rate of heart attack was higher in the untreated group than to the group on aspirin. Based on these data, the American Diabetes Association recommends that people with diabetes take a daily dose of aspirin.

Talk with your healthcare provider or pharmacist about a dose that is right for you.