Intensive care for type 1 diabetes may lead to longer life 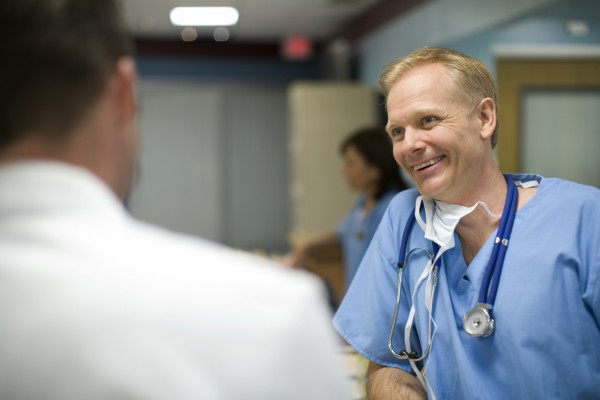 Caring for diabetes can be a daily challenge. No matter what kind of diabetes you have, you have to watch what you eat, get regular exercise, take medicines as prescribed, and get regular checkups with your healthcare providers. Now, a new study published in JAMA has shown that there is another way to extend your life if you have type 1 diabetes. People who had an average of 6.5 years of intensive therapy when they were first diagnosed with the condition were found to live slightly longer than those who did not. While heart disease, cancer and serious complications are always big risks for people with diabetes, those who had this type of treatment were less likely to die from all of these things. So, what is intensive diabetes therapy? For most people, it means working closely with healthcare providers to get their blood glucose levels as close to non-diabetic levels as possible, in a short amount of time. This usually means a higher than average dose of diabetes medicines like metformin, and lifestyle changes like a balanced meal plan and more exercise. 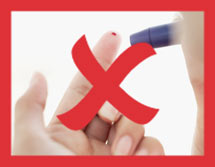 If you have diabetes or care for someone who does, you know that daily finger pricks can be a common routine. Many people with diabetes have to check their blood glucose levels a few times every day, to know how much medicine or insulin to take. This can be a painful and annoying process, and can lead some to avoid checking their glucose levels all together.

Unfortunately, this can put them at a bigger risk for diabetes complications. Scientists at the University of California, San Diego, may have invented a solution to this common problem. They created a small sticker–which looks like a temporary tattoo–that uses electrical currents to test the wearer’s blood glucose levels. They only cost a few cents each. So far, they have been found to be very accurate in people who do not have diabetes. More testing is needed before they will be available to the public, but the researchers hope that when they are in use, they will help people avoid the pain and annoyance connected to managing diabetes. They might even have Bluetooth built in to send test results straight to healthcare providers.

FDA label on common diabetes medicine may not be accurate 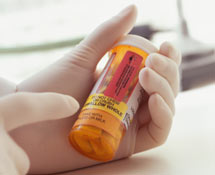 Metformin is one of the most common and well-studied diabetes medicines. It is used to help people with diabetes or prediabetes improve their insulin sensitivity and blood glucose levels, and has been shown in many studies to be safe for most people. However, some healthcare providers are worried that the label the FDA requires on this medicine is preventing too many people from taking it.

Right now, the label says that metformin is not safe for people with both type 2 diabetes and kidney problems, but research has not backed up this claim. A research letter recently published in JAMA Internal Medicine showed that one million more people could be taking this medicine than the FDA allows for. The FDA is worried that metformin could cause a build-up of acid in the bodies of people with kidney problems, but some of these people can handle the medicine better than others. While some people with diabetes and kidney problems do need to avoid metformin, this is not necessary in all cases. For many, metformin might be a big help in preventing diabetes complications and controlling blood glucose levels. It may also help them lower their risk of heart disease, heart attack, and stroke.

Every year, U.S. News & World Report ranks popular meal plans by how healthy and effective they are for weight loss and preventing chronic diseases. For the fifth year in a row, DASH–which stands for “Dietary Approaches to Stop Hypertension”–was rated number one.

The plan was made specifically to help people with high blood pressure, but experts have found that it can have many benefits, even if you don’t have this problem. People on the DASH diet are encouraged to eat plenty of fruits and vegetables, whole grains, fish, and low-fat dairy products. It has high amounts of important minerals, like magnesium and potassium, that can help people lower their blood pressure levels. By limiting processed foods, added sugars, and artificial fats, this plan may help people lose weight, control their blood glucose levels, lower cholesterol and, of course, improve their blood pressure levels. The reviewers at U.S. News & World Report even found the DASH diet to be more effective than the Mediterranean diet, which is similar but has a bigger focus on healthy fats like olive oil. 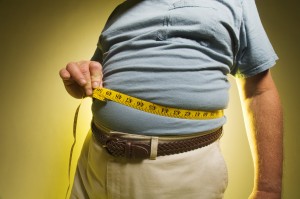 Diabetes carries a lot of risks. Though careful management of the condition can go a long way towards preventing complications, diabetes still puts you at a higher risk of heart attack, stroke, blindness, kidney failure, nerve damage, and amputation. A new study from Utrecht University in the Netherlands has added colorectal cancer to that list.

They looked at over 300,000 adults with type 2 diabetes, who took at least one prescription medicine to control the disease. The added cancer risk from diabetes was small overall, but was bigger in people who were also obese (had a BMI of over 30). The researchers believe that this risk is linked to high levels of insulin. People with higher than average insulin levels (which usually means lower insulin sensitivity) include those with prediabetes as well as type 2 diabetes. Since past research has shown that low insulin sensitivity can be helped with weight loss, that might also be the case for colorectal cancer risk. More research would be needed to know for sure.

You may have heard that type 2 diabetes can’t be cured. For most people, this is true. However, some people are able to reverse the condition and stop taking insulin after they have weight loss surgery. To find out which types of weight loss (also known as “bariatric”) surgeries are most effective at reversing diabetes, researchers at Newcastle University in the UK looked at the data about people who had had them. They found that a surgery called “Roux en Y,” in which surgeons make the stomach smaller, is most likely to help people reverse diabetes. By limiting the amount of food a person can eat, Roux en Y surgeries have helped many lose large amounts of weight. In some of those who had type 2 diabetes for 4 years or less, this weight loss led to a return to healthy insulin function. The study looked at over 5,000 people, and found that more than half of them were able to stop taking insulin just one year after their surgery.

Overweight and obese people may be short on important nutrients 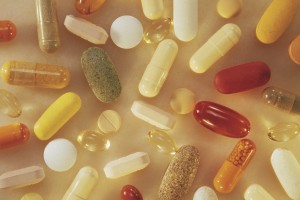 There are many drawbacks to being overweight or obese. People with a BMI of over 25 have a bigger risk of serious health problems, like type 2 diabetes, heart disease, and certain cancers. Quality of life may also be lower. A study recently published in the Journal of the American College of Nutrition showed that this population may even be less likely to have healthy amounts of important nutrients in their bodies. This was especially true for vitamins A, C, D, and E, magnesium, and calcium. In fact, the higher a person’s weight, the less likely they were to have enough of this nutrients. Obese adults were between 5% and 12% less likely to get enough of these nutrients than people at normal weights. The researchers aren’t sure why this is, and a different kind of study would be needed to confirm these results. They do think, however, that vitamin and mineral supplements could be effective for overweight and obese people struggling with nutrient deficiencies.

You are more likely to get healthy if your partner does, too

If you’ve ever made big lifestyle changes–like eating better, getting more exercise, or lowering stress–you know that sticking with it over the long term can be the hardest part. According to a new study from the Health Behaviour Research Centre at University College London, having a partner with healthy habits can improve your health, too. The researchers looked at about 3,700 couples, and most were over 50 years old. Every two years between 2002 and 2012, they filled out surveys and had physical exams to see if they smoked, were overweight, and got enough physical activity. Those who had partners that were non-smokers, normal weights, and active were more likely to reach these health goals themselves. The reverse was also true: people with less healthy partners were more likely to gain weight and adopt unhealthy behaviors. The researchers aren’t exactly sure why this is, but think it has something to do with the emotional support people get from their partners. Changing any behavior over the long term is hard, and having someone there to help you when you are struggling can make a big difference.