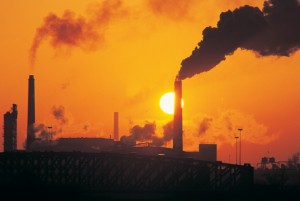 According to health and environmental scientists, POPs (persistent organic pollutants) are a serious public health problem. POPs are a group of substances that can stay in the environment for a long time, especially in the food we eat. This puts human health at risk in a variety of ways, even after the substances are no longer used. With this in mind, researchers at the University of Granada in Spain wanted to find out if there is a link between POPs, obesity, and other major metabolic problems.

In this study, which was published in the journal Environmental Pollution, researchers measured the levels of pollutants in the fat tissue of almost 300 men and women. In particular, they looked for the following POPs:

Even though the use of these POPs is restricted, the researchers found them in the bodies of all of the study subjects. But they were more likely to be found in high amounts in those who were obese, or had high cholesterol and triglyceride levels. These are big risk factors for heart disease, stroke, and type 2 diabetes. And, this connection was found no matter where the subjects lived or whether or not they smoked.

While this research cannot tell us how to avoid POPs in our meal plans, it does show that obesity may not be as simple as eating too many calories. How much pollution you are exposed to through food, water, and air may also play a big role in how much you weigh, and how high your risk for heart disease is.