Link between obesity and blood pressure may be hormonal

If you keep up with obesity news, you may have heard of a hormone called “leptin.” This hormone lets you know when you are hungry or full, and is important for regulating your body weight. A new study published in the journal Cell has shown that it may also help explain why blood pressure levels tend to go up when people become obese. Those who do not have any leptin because of a genetic problem tend to have low blood pressure, even when they are very obese. So, different levels of this hormone may explain the blood pressure rise in obese people. This is not surprising, since researchers and healthcare providers already know that leptin is released into the blood by fat cells. The authors of this study hope that their research will help in the making of future treatments for obesity-related high blood pressure.
Read More . . .

Weight loss surgery is not enough for good health

There are many reasons a healthcare provider might suggest weight loss surgery. Clearly, one big reason is to help people lose weight if they are struggling with obesity. But researchers also hope that weight loss, or “bariatric,” surgery will improve health in other ways. For example, good insulin sensitivity is important for people who have (or are at risk for) type 2 diabetes. A new study from the University of Pittsburg, East Carolina University and Florida Hospital looked at people who had gastric band surgery (which shrinks your stomach) to see if the surgery alone was enough to improve insulin sensitivity and lower diabetes risk. They found that, among those who had the gastric band, the people who completed an exercise program had better insulin sensitivity than those who were only given education about healthy lifestyle choices. This shows that bariatric surgery alone might not be enough to help obese people avoid diabetes, or diabetes complications. Regular physical activity and eating right are so important, whether you have had bariatric surgery or not.
Read More . . .

Obesity may shorten your lifespan

We know from past research that people who are obese (have a BMI of over 30) are more at risk for a variety of health problems. These include type 2 diabetes, heart disease, and serious brain conditions. A new study published in The Lancet Diabetes & Endocrinology has shown that they might even have a higher risk of death. In addition, researchers found that obesity is linked to a less healthy life. The average obese person will have diabetes for much of their life, the study authors said. Though this study did not prove that obesity causes diabetes and early death, the connection seems to be strong.
Read More . . .

Sitting for work may raise obesity risk in women

By now, you probably know that sitting a lot–whether at home, for work, or both–isn’t great for your health. Past research has shown us that even if you are physically active every day, sitting for long periods of time can still raise your risk for obesity, type 2 diabetes, and heart disease. A recent study from Washington University in St. Louis looked at the obesity risk for a variety of different people if they sat a lot at work. They found that, while there is a link between obesity and sitting for most people, black women have the highest obesity risk. When they sit at work for at least 6 hours each day, black women are more than 1.7 times more likely to be obese than men or white women. More research–with a more diverse sample of people–is needed to confirm these results.
Read More . . .

Breast-feeding may protect against obesity in children 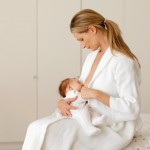 Most health authorities recommend that women breastfeed their newborns at least some of the time. Breastfeeding is connected to a variety of health benefits for both mothers and babies. New research has shown that it might even protect children from becoming obese. The study, which was published in the journal Pediatrics, showed that babies who were breastfed for 4 months were half as likely to gain excess weight than those who were only breastfed for 2 months. Breastfeeding seems to be especially healthy for babies who have risk factors for obesity. These risk factors include having mothers who are overweight or obese, who are less educated, or who smoked during their pregnancies. The researchers aren’t sure why this link exists, or if breastfeeding is definitely the cause of this lowered risk. But they do think that breastfeeding on demand–instead of on a set schedule–helps babies learn to only eat when they are hungry and better control their caloric intake.
Read More . . .