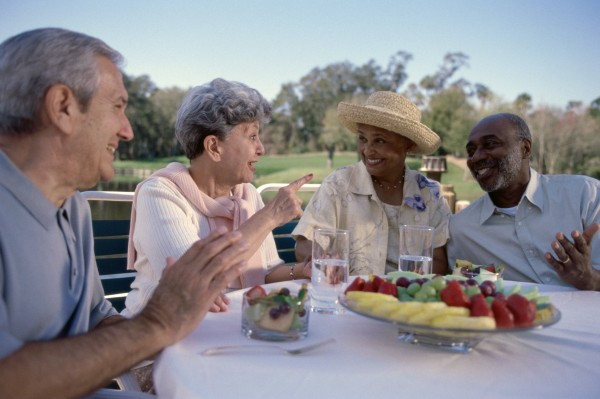 Could binge eating lead to diabetes? Teenage girls and young-adult women sometimes eat in a disordered way because they worry too much about their bodies, or they may be looking for approval from friends, or suffering from depression. Although many cases of disordered eating involve restricting food, binge-eating is also a problem. Research from the “Growing Up Today Study” suggests that teenage or young-adult women who binge eat have more risk of getting type 2 diabetes. The scientists were surprised to find that a person’s weight, which is normally a risk factor for getting diabetes, did not seem to play a role in their findings.

What is Binge Eating?
Binge eating is when a person eats a very large amount of food in a short time. In general, the foods that people eat while bingeing are usually unhealthy “junk” foods that are salty, sugary, fatty, and contain lots of calories and carbs.

People binge eat for different reasons. In its most dangerous form, people with eating disorders such as bulimia binge-eat several times a day and may purge, or get rid of the food through vomiting, extreme exercise, or using laxatives. Other people might only binge-eat once a week when they feel very stressed. It is important to know that there are many reasons why people binge eat and that not everyone who binge eats has an eating disorder.

What Does Binge Eating Have to Do With Diabetes?
Scientists are not really sure how or why binge eating might lead to type 2 diabetes, but they have some ideas. When someone eats a lot of sugary, high-carb foods all at once, it causes a large spike in insulin release—much more than the amount released after a normal meal. Researchers think that over time, as a person continues to binge-eat, the cells in the pancreas that make insulin get over-worked. When these cells are exhausted, they may not make enough insulin to help control the high amounts of glucose being brought into the body.
Also, it is suggested that over time the large release of insulin after binge eating causes the cells in the body to become less sensitive to the effects of insulin. These two symptoms—the body not making enough insulin and the cells in the body not reacting to it well —are the key features of type 2 diabetes.

So, What Are the Risks?

What You Should Know 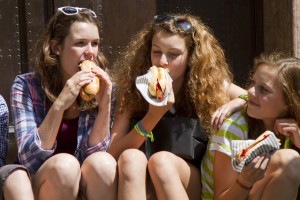 The scientists warned that their study is not perfect, and that their results merely suggest but do not prove that frequent binge eating can lead to type 2 diabetes. More research is needed to answer these difficult questions.

However, what you do need to know is that binge eating can be dangerous both as a diabetes risk factor and for many other reasons as well. The research shows:

Therefore, if you or someone you know is a binge eater, try to get help. You can start by talking to a friend or family member, a counselor, or health care provider.