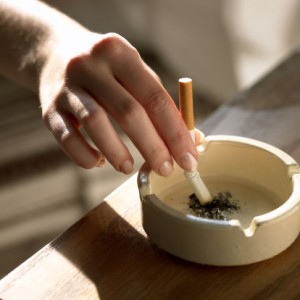 You probably already know that there are many benefits to giving up smoking. After you quit, you can look forward to better lung and heart health, improved skin and hair quality, and a lower risk for heart attack, stroke, and some cancers. But did you know that smoking is also linked to type 2 diabetes? According to the Centers for Disease Control (CDC), people who smoke are 30-40% more likely to get type 2 diabetes than those who don’t. The good news is that a recent study has shown that quitting can help you heal your metabolism and avoid diabetes.

Researchers at the Charles R. Drew University of Medicine and Science in Los Angeles looked at a group of people who were generally healthy but smoked half a pack to two packs of cigarettes a day. They were given 8 weeks of behavioral counseling to help them stop smoking. After this, they were put into a 16-week program in which they had to quit smoking on their own. Some subjects continued to smoke, while others were able to stop. By the end of the study, most subjects had better blood glucose levels, and carried their weight in less dangerous places than the belly (like the thigh).

This study shows that the common idea that quitting smoking is linked to weight gain and type 2 diabetes is incorrect. With healthy lifestyle habits, like a balanced meal plan, stress reduction, good sleep and plenty of physical activity, ex-smokers’ metabolisms appear to heal over time. You don’t have to worry about gaining a lot of weight and risking diabetes if you quit smoking. In fact, you may face much more serious health problems–including obesity-related conditions–if you continue to smoke.