It’s best to focus on weight loss before chronic disease 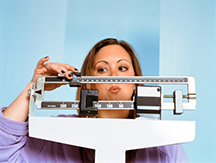 A recent report in the Journal of Clinical Endocrinology and Metabolism looked at the Endocrine Society’s guidelines for treating obesity with various medicines. Instead of focusing on prescribing medicines for the conditions related to obesity, the report states that healthcare providers should focus on prescribing medicines to treat the obesity itself. It is suggested that if healthcare providers start to treat the obesity with medicines that can enhance weight loss, the conditions related to being obese will become easier to treat. For example, it is reported that a mere 3 percent weight loss can lower blood glucose levels, while a 5 to 10 percent weight loss can lower blood pressure, raise “good” HDL cholesterol, and lower the incidence of sleep apnea. This is not to say that medicines for blood pressure, cholesterol, and other conditions should be stopped completely. The report suggests that healthcare providers should start by prescribing lifestyle changes for the people struggling to lose weight. If these people have any obesity-related conditions such as diabetes, the report suggests that they should be placed on a medicine like metformin, which does not have a side effect of weight gain. The metformin will still control blood glucose levels well enough while the patient is trying to lose weight, but will not cause them to gain weight, like insulin injections can. If a patient is on insulin or a related medicine, it is suggested they be gradually taken off and put on a medicine that does not cause weight gain. The authors hope that if insurance can start to cover the cost of some weight loss medicines, as well as frequent face-to-face visits with healthcare providers, then more would be willing to learn how to prescribe such medicines as part of obesity treatment.

Recent reports by Gallup and Healthways have shown that the obesity rate in the United States continues to grow. In 2008, about one-fourth of Americans were considered obese. As of 2014, according to a self-reported survey of 167,000 Americans, there are now 27.7-percent of Americans considered obese. It was found that some of the people who were in the overweight group just 6 years ago are now obese. There was also a 4 percent rate of morbid obesity (BMI over 40), which is the highest the Gallup and Healthways survey has seen in seven years. Rates of those at normal weight and underweight have stayed almost the same. This higher rate of obesity is similar to the high rates seen in government self-reported surveys like the National Health and Nutrition Examination Survey (NHANES), which reported 34.9 percent obese Americans in 2011-2012, and the Behavioral Risk Factor Surveillance System (BRFSS), which found 29.4 percent of Americans to be obese in 2013. Groups of Americans that saw increases between 2008 and 2014 include:

Adults between 45 and 64 years of age, black Americans, and those that earn less than $36,000 a year have rates of obesity over 30-percent. Perhaps the most important finding of this survey was that those who are obese had a much lower wellbeing rating compared to those with other weight statuses (overweight, normal weight, underweight). This low level of wellbeing is thought to be connected to financial and social status, and not so much a result of being obese. Therefore, it is suggested that programs to help people lose weight should focus more on increasing wellbeing so that the obesity rates can start drop in the coming years.

A recent study in the journal Diabetes Care showed that being active in leisure time helped adults with coronary artery disease (CAD) lower their risk for heart health incidents, whether or not they had diabetes. A group of over 1,000 adults were placed in either a leisure-time exercise group or a controlled home-based exercise program group for two years. The study involved the adults reporting their exercise in diaries and on health surveys. After the two-year study, it was found that those who reported lower levels of leisure-time exercise, or none at all, were twice as likely to have a heart disease event. Exercise training helped adults with and without diabetes to tolerate more exercise and lower their risk for serious complications, like heart attack and stroke. Therefore, it is suggested that adults of all ages try to be as active as possible, even if it only involves walking, gardening, or dancing. The researchers also suggest that adults should focus on ways they can be more active each day, rather than just focusing on short-term exercise programs. Once people find ways they can easily be active each day, they tend to continue to be active and feel the health benefits for years to come.

If you are in your thirties, you may not worry so much about your chronic disease risk, since it seems years away. However, a recent review of data from the Framingham Study, which began in 1948, has shown that ignoring borderline cholesterol can lead to heart disease in later life. The study review was published in the journal Circulation, and performed by researchers at the Duke Clinical Research Institute. It found that having uncontrolled borderline cholesterol levels as a middle aged adult greatly increases the risk of heart disease as an older adult. For every ten years that an adult between the ages of 35 and 55 years had borderline high cholesterol (defined as LDL levels of over 130), their risk of getting heart disease increased by four-tenths. People who were 55 years of age and had lived with borderline high cholesterol for 11 to 20 years were twice as likely to get heart disease as those who only lived with it for one to ten years. They were also four times more likely to get heart disease as those with low cholesterol. The researchers believe that only one in six people at age 40 and one in three of people aged 50 years were prescribed a statin to help control their borderline high cholesterol. However, they also mentioned that statins do have some long-term effects, and that those in their thirties and forties with higher than normal cholesterol levels should start a healthy eating program and be more active so they can get their cholesterol levels down naturally while they are younger. This effort earlier on can lower their need for a statin drug later. 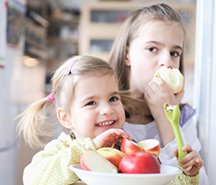 You may, like many Americans, take medicine to help control your cholesterol and lower your risk of heart disease. Although they can make a big difference in your cholesterol levels, a recent report has shown that lifestyle changes can help lower your risk of heart disease better than cholesterol-lowering statin medicines. A study in the British Medical Journal Open has found that, of the 7 million people in Britain who take statins, only 750 lives were saved from heart attack and stroke deaths. However, lifestyle changes saved about 4,600 lives that same year. It is suggested that programs to help people quit smoking, eat healthier, and be more active would be more cost-effective than statins. Such preventive efforts would not only cost less than statins, but could be more effective in lowering heart disease risk in the long-term. Researchers say that instead of just handing out pills to everyone at risk for heart disease, healthcare efforts should be focused more on preventing heart disease by addressing the risk factors for the disease. Poor diet, obesity, and smoking are all risk factors that can be treated with healthy lifestyle programs and behavior changes. Statins only address the health outcomes as a result of unhealthy behaviors. Researchers suggest that changes will need to be made at the government level. Government programs will be able to provide more affordable healthy food and safer places for people to get more physical activity.