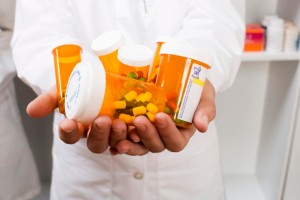 Your insurer’s $10 co-payment for a 30-day supply of drugs might sound like a good deal. But sometimes the cash price for generic drugs is less — much less if you haven’t reached your deductible.

Several pharmacies, including Walmart and Target, charge as little as $4 for a 30-day supply of some generic drugs, or $10 for a 90-day supply. Costco tends to have an even longer list of low-cost generics and doesn’t require a membership to use the pharmacy, says David Belk, a physician in the San Francisco Bay Area, who lists prices at his Web site, TrueCostofHealthcare.org. You could also get a discount by signing up for a pharmacy’s loyalty program.

Before you hand your insurance card to the pharmacist, use your insurer’s or employer’s tools to check your out-of-pocket costs for your medications based on whether you have reached your deductible. Compare that with the pharmacy’s cash price. This strategy often saves money on generics, but it may not pay with brand-name drugs. “You may not be getting a better deal with cash, especially with the more expensive drugs, because the plan has negotiated a rate,” says Jim Yocum, executive vice-president at DRX, which develops online tools to compare drug costs.

There are some exceptions. Belk points out that a few brand-name drugs are sold over-the-counter, but certain sizes or generic equivalents require a prescription. Paying cash for the over-the-counter version of Nexium, for example, can cost a lot less than using your insurance for the prescription version, he says.

You may also be able to get a coupon from the drug manufacturer that reduces the brand-name cost by 30% to 40% if you pay cash, says Yocum. Ask your doctor about any special deals.