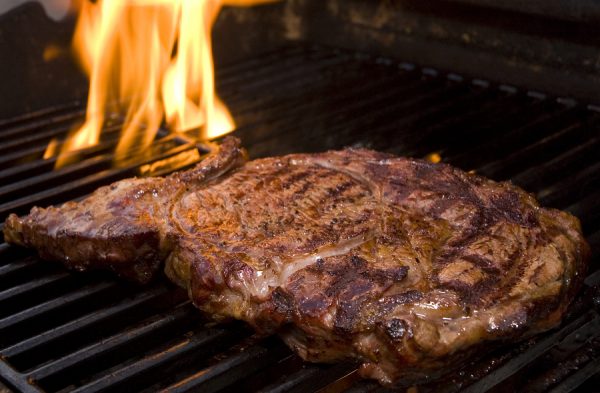 Some of you may remember the “Beef. It’s What’s for Dinner” campaign that debuted in 1992. Twenty-six years later, beef is still a mainstay of the American diet, and that doesn’t look to be changing any time soon. According to the United States Department of Agriculture, in 2017 Americans ate, on average, about 55 pounds of beef. That’s up from about 54 pounds in 2016. Clearly, we love our beef.

The smell of a steak or burger sizzling away on the grill can make just about anyone’s mouth water. And, yes, beef (and red meat in general) has gotten somewhat of a bad rap over the years. But you might be pleasantly surprised to learn that beef has a lot going for it when it comes to nutrition. First, the beef that most of us eat today is leaner than in years past, thanks to breeding practices, feeding cattle more grass than grain, and trimming more fat from beef. Second, beef contains a number of important nutrients, including:

If your goal is to lose weight, don’t count out beef: a 3-ounce serving (about the size of a deck of cards) of sirloin steak contains just 160 calories, 26 grams of protein, 5 grams of fat, and 2 grams of saturated fat.

Beef is considered to be a source of high-quality protein because it contains all of the essential amino acids. Protein, in turn, is an important nutrient for a number of reasons, including maintaining muscle mass, repairing tissue, and supporting a healthy immune system.

The iron in beef, known as “heme iron,” is needed to make hemoglobin, a protein that carries oxygen from the lungs to other parts of the body. Getting adequate iron in your diet can safe-guard against iron-deficiency anemia.

You might be interested to learn that when eaten in moderation (about 4 to 5 ounces), with plenty of fruits, vegetables, and grains, beef may actually lower LDL (bad) cholesterol levels. How? Today’s beef contains a fair amount of healthy monounsaturated fat, along with stearic acid, a type of saturated fat that has been shown to improve cholesterol levels.

While beef certainly has its nutritional merits, there are some health concerns that are linked to eating beef. These health risks are especially important to be aware of if you have or are at risk for diabetes.

Mortality: A 2012 study from Harvard showed that eating a 3-ounce serving of red meat every day was linked to a 13% higher risk of premature death compared with people who did not eat much red meat at all. The researchers suggest that the increased risk of death may be related to the saturated fat, cholesterol and iron content of the meat, as well as the formation of cancer-causing compounds that can form when meat is cooked at high temperatures. This study does not prove a cause-and-effect relationship between beef and an early death, however, as there may be other contributing factors.

Health risks aside, beef can definitely be part of a healthful diet. Some tips to help you safely enjoy beef include: