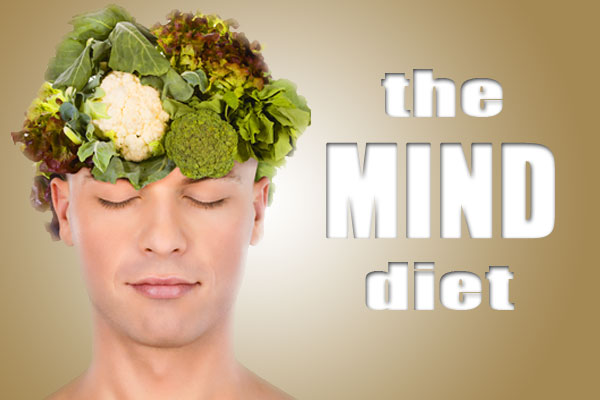 If you have diabetes, you’re probably aware of the risk of complications, including heart and kidney disease, eye problems and nerve damage. Add another complication to that list: Alzheimer’s disease. Alzheimer’s is the most common form of dementia and, according to the Alzheimer’s Association, accounts for 60 to 80 percent of dementia cases. People with type 2 diabetes are more likely to develop Alzheimer’s than people without this condition.

As with diabetes, there is no cure for Alzheimer’s. But scientists are actively working on it, along with ways to lower the risk of developing this dreaded disease. Lifestyle changes that involve physical activity and nutrition might be helpful. In fact, researchers have recently found that a combination of two particular diets lowered the risk of Alzheimer’s by 54 percent for people who followed the combination faithfully, and 35 percent for those who followed it just part of the time well.

What is the MIND diet?

The MIND diet stands for “Mediterranean-DASH Intervention for Neurodegenerative Delay.” This diet combines the power of the Mediterranean and the DASH (Dietary Approaches to Stop Hypertension) eating plans. Developed by a nutritional epidemiologist (a person who studies patterns of diseases) at Rush University Medical Center, the MIND diet looks promising in the battle against Alzheimer’s.

What can you eat on the MIND diet?

The basis of the MIND diet is foods that are healthy for the brain. These include:

Each day, you should eat at least three servings of whole grain foods (think brown rice and quinoa), nuts, a salad and at least one other vegetable. Every other day, eat beans. At least twice a week, eat poultry and berries, and aim for fish at least once a week.

What foods are discouraged on the MIND diet?

Not surprisingly, these unhealthy foods are to be limited:

More benefits of the MIND diet

Studies of the Mediterranean and DASH diets show that these two eating plans can lower the risk of high blood pressure, heart attack and stroke. The Mediterranean diet has also been shown to reduce the risk of developing type 2 diabetes. And according to a small study published in 2011, the DASH diet helped people who had type 2 diabetes lower their fasting blood sugars and A1C level after eight weeks.

Are there any downsides to following the MIND diet?

Unlike the many fad diets that restrict entire food groups or promote unhealthy and unsafe eating practices, the MIND diet is not only based on science, it’s really not a diet at all! Instead, it’s a healthy way of eating that can benefit pretty much anyone. Even if you don’t have a family history of Alzheimer’s, the MIND plan can keep your heart and brain healthy, along with helping you better manage your diabetes. Don’t forget to keep your portions in check and make sure to include physical activity into your daily routine.

The research behind the MIND diet is exciting, but it’s important to note that following this eating plan is no guarantee that you won’t get Alzheimer’s disease. More research is needed to fully understand how food and other factors play a role in preventing this devastating disease. Talk with your doctor if you have any questions about Alzheimer’s disease, as well as other steps you can take to lower your risk.