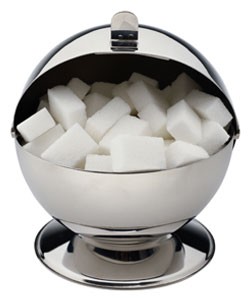 How much added sugar do you take in every year? Keep in mind that sugar is added to sodas, fruit juices, energy drinks, sauces, baked goods, candies, fried foods, and even salad dressings. According to a new study published in Mayo Clinic Proceedings, the average American has more than 100 pounds of added sugar each year. That’s a very big number, and researchers from Saint Luke’s Mid America Heart Institute in Kansas, Missouri, think it’s part of the reason the US has an epidemic of type 2 diabetes. Right now, 1 in 11 American adults has type 2 diabetes. The risk is even higher for people who are overweight or obese. Past research has shown that this is not likely due to carbohydrates. One study showed that, no matter how much carbohydrate people had each day, they were more likely to develop insulin resistance (a major risk factor for diabetes) if they had a lot of added sugars. People who got their carbs from unprocessed sources, like whole grains, fresh or frozen fruit, vegetables, and beans had a much lower risk for type 2 diabetes. The researchers say that to keep insulin levels healthy, most Americans should taking in fewer added sugars, and center their meal plans around less refined sources of carbohydrate, protein, and fat.

Metformin may raise cancer risk in people who smoke

Metformin is one of the most common diabetes medicines. It has been shown in research to be very safe, and effective for improving insulin sensitivity and keeping blood glucose low in people with type 2 diabetes. But new research from the Kaiser Permanente Division of Research in Oakland, California, has shown that it could be dangerous for people who smoke. The study looked at almost 50,000 people with diabetes–both men and women–who were over 40 years old. People who both smoked and took metformin during the study had a much higher risk of small-cell carcinoma, a type of lung cancer common in smokers. On the other hand, the medicine seemed to significantly lower the risk of lung cancer for people with diabetes who had never smoked before. In fact, the risk was nearly halved among this group of study participants. If you have diabetes and you smoke, or have smoked in the past, make an appointment to talk to your healthcare provider about your prescription medicines. He or she may need to change them to help you avoid certain cancers. This research was published in the journal Cancer Prevention Research.

Too much running may shorten your life 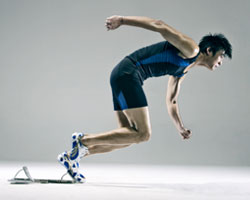 Running can have a lot of health benefits, especially if you haven’t exercised in a while. These include:

But when it comes to exercise, there may be too much of a good thing. A recent study presented at the American College of Cardiology’s yearly meeting in Washington, D.C., showed that people who run more than 20 miles each week tend to have shorter lifespans. In fact, they have about the same life expectancy as people who do not get any physical activity. Past studies have shown that around 2 to 3 hours of running each week is best for overall health. Any more than that, and runners could face a “remodeling” of the heart (which makes it less efficient), and dangerous wear and tear on muscles, joints, and the immune system. But while 2.5 hours seems to be the best amount of running to do each week, researchers still aren’t sure exactly how many weekly miles will give you the most benefits. What they do know is that strenuous exercise (like long-distance running) should not be done for more than one hour at a time. The scientists who worked on this study also recommend avoiding continuous marathon training, and varying workouts to include more stress-lowering activities like gentle stretching. 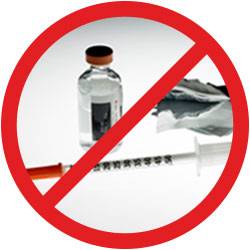 For many people with diabetes, daily finger pricks and insulin injections are a painful, annoying hassle. That’s why there has been a lot of research into easier and more convenient ways to take this life-saving medicine. While many of these alternatives are years away from being available to the average person with diabetes, one is on the market now. Sanofi and MannKind Corp. have developed a powdered version of insulin, called Afrezza, which you can inhale. This is especially good news for people who are afraid of needles. Afrezza is a fast-acting insulin that comes in a small inhaler, and should be taken before meals. The FDA has recently approved it to control high blood glucose levels in people with type 1 or type 2 diabetes. If you want to give it a try, make an appointment with your healthcare provider to talk about it. 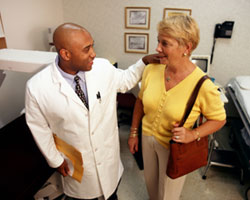 Regular access to high quality healthcare is a very important part of managing diabetes. People with diabetes often get help from a variety of providers, including:

Diabetes is a complex and often dangerous disease. Without regular check-ups, people with diabetes are at a higher risk for serious conditions like heart disease and cancer. This is why it is worrying that a new study from the CDC has shown that 1 in 5 young people with diabetes have not seen a healthcare provider in the past 6 months. It also showed that people with diabetes between the ages of 18 and 39 are much less likely to get their blood pressure or cholesterol levels checked every year. Keeping track of blood glucose, blood pressure and cholesterol levels is vital to preventing diabetes complications like blindness and nerve damage. Seeing healthcare providers regularly while you’re young may be the best way to prevent complications and live longer, according to the researchers involved in this study. By the time many people are diagnosed with diabetes, they may already have heart and lung damage due to the disease.

Meditation may keep the brain young 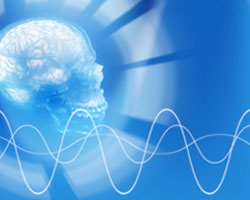 Some of the most serious diabetes complications are related to brain function. People with diabetes are more likely to suffer from a loss of motor skills, memory, and even Alzheimer’s disease. The health of your brain may be at risk even if you do your best to keep your blood glucose levels under control. Luckily, a lot of recent research has shown that there is a free and easy way to lower your risk for brain tissue loss: meditation. Researchers at the University of California, Los Angeles looked at the brains of 50 people between the ages of 24 and 77 in an MRI machine. Specifically, they looked at gray matter: the parts of the brain responsible for senses (seeing, hearing, etc.), emotion, memory, speech, and decision-making. While all of the participants had less gray matter as they aged, those who regularly meditated for between 4 and 46 years kept much more of it. The researchers were surprised by just how much gray matter the meditators had compared to the non-meditators. Though more research is needed to confirm this link, there are many other great reasons to meditate. Past research has shown that it can be helpful for:

If you want to give meditation a try, talk to your healthcare provider first; meditation can make some mental and emotional disorders worse. If your provider says it’s safe for you to try, have a look at UCLA’s online meditation resources to get started. 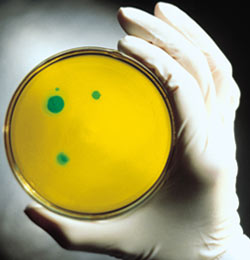 Researchers are finding out more and more about how important your microbiome–the bacteria, fungi, and other microorganisms in your body–is for your health. Different kinds of gut bacteria have been linked to body weight, diabetes onset, and whether or not people develop autoimmune diseases like arthritis. It’s important to have a good balance of microorganisms to keep your body healthy, but scientists don’t know exactly how to make that happen yet. A new study published in the journal Cell, Host & Microbe showed that big changes to gut bacteria can signal the development of type 1 diabetes in children. This was a small study that looked at 33 participants: babies from Finland and Estonia who were at high risk for 1 diabetes because of their genes. The researchers took stool samples often to track the amount and variety of microorganisms in the babies’ guts. At the end of the study, 4 of the children had developed type 1 diabetes. One year before diagnosis, the scientists saw huge changes in their gut bacteria. Specifically, they saw “good” bacteria die off in large amounts, which allowed “bad,” inflammation-producing bacteria to grow. This change was not seen in the children who did not get diabetes. The researchers say that much more research is needed before we can make better tests or treatments for type 1 diabetes based on these findings.