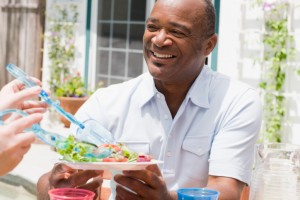 It’s no secret that the “Western,” or typical American eating pattern, is unhealthy. This type of carb-laden, high-fat, and highly-processed way of eating is making it harder to fight the rising rates of obesity in the United States. The most recent USDA Dietary Guideline committee hopes that the 2015 release of new guidelines will make it clearer exactly what eating patters most Americans should change.

The 2015 Dietary Guidelines for Americans, which will be released later this year, sounds about the same as the guidelines published in 2010. It will state that Americans need to cut back on sugar, salt, and saturated fat. Research has shown that Americans are getting a lot of this sugar, salt, and fat from “mixed foods” like tacos, burgers, and pizza.  Sugary drinks and snack cakes are also big problems. Americans are not getting enough of some important nutrients like vitamin D, calcium, potassium, fiber, and iron, which are found in many plant-based foods and low-fat dairy products.

The only slight changes to the guidelines are that cholesterol is no longer being restricted, since no studies have found that cholesterol intake has an impact on heart disease risk. In addition, having 3 to 5 cups of coffee a day is now being reported as having no long-term health risk, and can actually lower heart disease and diabetes risk as part of a healthy meal plan.

Overall, it is suggested that Americans should focus more on eating more foods that are high in fiber, protein, and healthy fats. These foods include avocado, nuts, seeds, fish, eggs, and unprocessed dairy products. Americans should also limit alcohol, red meat, processed meat, and products with refined (white) flour and sugar.