Could the popular sweetener aspartame be safe to eat after all? Aspartame, also known as Equal or NutraSweet, is a non-nutritive ,zero calorie sweetener Used in many sugar-free processed food and drink products. Over the years, aspartame has gotten bad press for claims that it causes health issues such asbrain tumors, memory loss, migraines, seizures, and depression, among other things. A recent review has found that several government agencies agree that aspartame does not pose any serious health risk and is safe to consume for all. 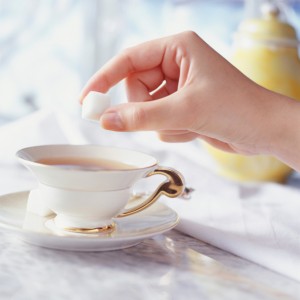 Discovered in 1965, aspartame first came into use in the U.S. in the 1980’s. Aspartame is made up of two amino acids, aspartic acid and phenylalanine.  Amino acids are the building blocks of protein found in many foods such as meat, poultry, milk and beans.

Aspartame is about 200 times sweeter than regular sugar. It’s used in thousands of foods, drinks and candies, as well as in some medicines and supplements. This sweetener is not very good for cooking and baking, however, because itis not heat stable.

Aspartame is one of the most studied additives , yet it is still a hot topic in the media. The sweetener is believed to cause multiple health issues such as seizures, heart problems, headaches, and is claimed to worsen certain diseases such as Alzheimer’s disease, Parkinson’s disease, lupus, and arthritis. The issue with all of these claims, however, is that there is no research to back them up. Most of the claims are based on personal stories and not science.

The science behind aspartame

What scientists know for sure is that people with a rare genetic condition called phenylketonuria (PKU) should not use aspartame or any product containing this sweetener. The amino acid phenylalanine in aspartame isnot processed properly in the bodies of people with this condition. The amino acid can build up and cause mental disabilities and other serious health problems.

The FDA regulates aspartame and, as with other non-nutritive sweeteners, it has set what is called an acceptable daily intake (ADI). The ADI is the highest amount of a sweetener that should be eaten every day over the course of a person’s lifetime. The ADI for aspartame in the U.S.is 50 milligrams per kilograms of body weight. If you are an adult who weighs 165 pounds, your ADI for aspartamewould be 3750 milligrams per day. Since a 12-ounce can of diet soda contains about 180 mg of aspartame, you would have to drink 21 cans of diet soda every day to reach the ADI.

Earlier this month, the European Food Safety Authority (EFSA) announced that they believe aspartame to be safe. After a review of all of the research on aspartame done in both humans and lab animals, experts on this panel:

The EFSA position is in line with many other government agencies including the FDA, and health organizations like the American Diabetes Association and American Heart Association.

So should I consume aspartame?

The decision to consume aspartame is a personal one. If, despite the established safety of this sweetener, you donot feel right using it or if you feel that aspartame causes you to have certain symptoms, you should continue to avoid it. Whether you use aspartame or not, there are many other sweeteners on the market to use. Therefore, if you crave sugar, but need to keep your blood glucose under control, choose the sugar-free sweetener of your choice to satisfy your sweet tooth!