Low blood glucose (called hypoglycemia) can be especially dangerous for people with type 1 diabetes. If they don’t keep their blood glucose high enough, they can face serious problems like losing consciousness or even death. For this reason, many healthcare providers tell their patients with type 1 diabetes that keeping their blood glucose a little high is safer than letting it get too low. Still, they worried that this would lead to long-term complications, like blindness, liver failure and heart disease.

Now, there is good news. A recent study from the Pitt Graduate School of Public Health at the University of Pittsburg has shown that good blood glucose control, even at the upper end of “normal,” is linked to longer life and better health for people with type 1 diabetes. The researchers followed almost 1,500 people with type 1 diabetes for 27 years. At the end of the study, they looked at how well each person controlled his or her blood glucose, and how many people had died.

Those who managed to keep their blood glucose levels at the top end of the normal range were less likely to have died by the end of the study. Even though people in this group were more likely to deal with hypoglycemia, they were less likely to get serious, long-term diabetes complications like heart disease, liver failure, nerve damage and blindness. The researchers noted that these findings do not apply to people with type 2 diabetes, however. 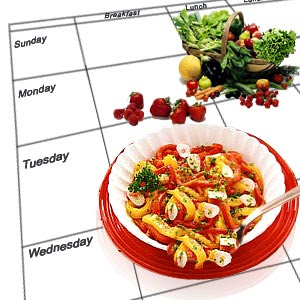 Some chronic diseases, like diabetes, heart disease, and arthritis, can put you at a higher risk for other diseases. For example, researchers have known for a long time that people with type 1 diabetes are more likely to have celiac disease. This is a serious autoimmune condition that can cause people to have life-threatening reactions if they eat gluten, a protein found in grains like wheat, rye, spelt and barley. Because of the connection between celiac disease and type 1 diabetes, researchers at Massachusetts General Hospital in Boston wanted to know if avoiding gluten would help this group of people control their blood glucose levels.

The study, which was recently published in the journal Diabetes, Obesity and Metabolism, looked at past research to see if gluten-free meal plans helped those with type 1 diabetes who didn’t have celiac disease. The researchers did not find a connection. And, they noted that there are a few big problems with suggesting gluten-free meal plans to people with type 1 diabetes:

Many people have been trying to take in less sugar every day. This is because a lot of recent research as shown links between added sugars and type 2 diabetes, heart disease, obesity, and even certain cancers. Still, this can be hard for many to do. People in the US and the UK get a lot of added sugar every day through soda, coffee drinks, energy drinks, juices, candies, sauces, and desserts. This is why Public Health England has recently suggested a list of “swaps” people can make in their meal plans to help them take in less sugar. These include:

Public Health England did a month-long study on this eating plan, and found that those who stuck to it took in almost half the added sugar every day than they did before the study. Past research has shown that kids in the UK get most of their daily sugar from sodas, juice drinks, cookies, cakes and candy. By swapping some of these items to lower-sugar alternatives, the UK government believes kids will be less at risk for obesity, type 2 diabetes, and heart disease.  It may also help them have healthier teeth and be less likely to need major dental surgery. 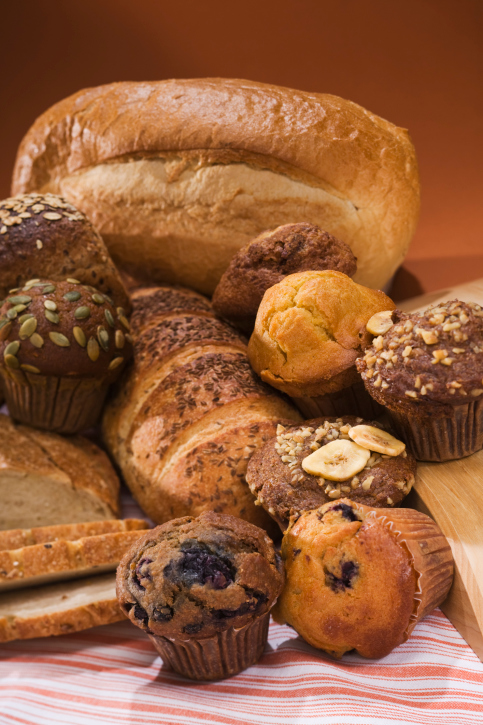 A lot of recent research has shown that people who eat most of their grains whole–such as in whole wheat bread, whole grain pasta, and brown rice–tend to have a lower risk of type 2 diabetes. While this may be because people who eat lots of whole grains tend to also have other healthy habits, like not smoking, getting regular exercise, and seeing their healthcare providers for check-ups, there is still good evidence that whole grains are good for you. However, past studies have not found a sure link between eating whole grains and a longer lifespan. This is what a new study published in the Journal of the American Association (JAMA) Internal Medicine looked at.

The researchers followed almost 120,000 people over 26 years. These people were part of either the Nurse’s Health Study (all women) or the Health Professionals Follow-Up Study (all men) between 1980 and 2010. Those who filled out detailed surveys about their food habits were included in the study.

Women with PTSD Twice as Likely to Get Diabetes

A lot of recent studies have shown that stress plays a big part in chronic conditions like obesity and diabetes. Not only are you more likely to have dangerous inflammation in your body if you are stressed, you are also less likely to recover from stress if you already have diabetes or prediabetes. This is why it is not surprising that a new study has shown a strong connection between PTSD (post-traumatic stress disorder) and type 2 diabetes.

PTSD is a mental health problem with symptoms like severe anxiety, depression, upsetting flashbacks, outbursts of anger, and insomnia (trouble sleeping). Though it is most well known among war veterans, it can be triggered by many different things, including:

This study was done by the Harvard School of Public Health and the Mailman School of Public Health at Columbia University. It showed a strong link between PTSD in women and their risk of type 2 diabetes. And, the women who had the worst PTSD symptoms were the most likely to get type 2 diabetes during the 12-year study. Whether they had mild or severe PTSD, they were also at a higher risk for other metabolic conditions, like obesity and heart disease.

The researchers noted that past research has also connected type 2 diabetes and obesity to other mental health issues, like anxiety and certain phobias. If you suffer from any psychological problems, it may be hard to seek help. But getting treatment from a mental health professional can make a big difference in both your mental and physical wellbeing.

If you are struggling with obesity (BMI over 30), you have a higher risk of many serious conditions. There is no easy or quick fix for obesity, and most weight loss plans do not work over the long-term. This is why healthcare providers often suggest weight loss surgery to their obese patients. These surgeries are one of the most effective ways to lose weight and prevent type 2 diabetes. But, scientists still aren’t sure if they can help obese people live longer.

A new study published in the Journal of the American Medical Association (JAMA) has found that weight loss (bariatric) surgeries are linked to longer lifespans. The study looked at almost 10,000 people–mostly male–with an average age of 52.

The researchers found that, compared to obese people who did not have weight loss surgery, those who did lived longer. They also found that bariatric surgery is safer than it has ever been before. More research is needed to confirm these results, and to see if these surgeries can prevent or delay obesity-related conditions (like high blood pressure, high triglycerides, insulin resistance, and arthritis) over the long-term.