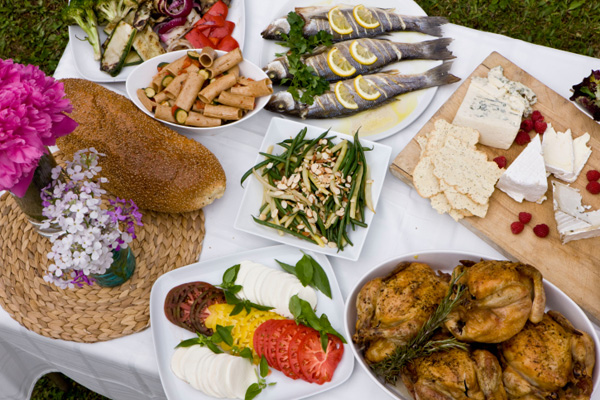 No one wants to get sick from their food. Foodborne illness, commonly known as “food poisoning,” is caused by foods or beverages that are contaminated by bacteria, viruses or parasites. Although it is unpleasant, for most people foodborne illness is more of a nuisance than anything else. However, for people with diabetes, foodborne illness can be very serious. And while food poisoning is not something anyone wants to think or worry about, being aware of the causes and the symptoms can help ensure that you seek treatment as soon as possible.

Food poisoning can affect just one person or many people at the same time. You might get ill after going to a picnic, eating in a restaurant, going on a cruise or even eating at an amusement park. You can even get ill after eating at home. Food can become contaminated by:

Eating or drinking the following can greatly increase your risk of getting food poisoning:

The symptoms of food poisoning can vary, depending on the cause. However, symptoms generally tend to appear within 2 to 6 hours of consuming the tainted food or beverage, although they can appear days or even weeks later. Typical symptoms include:

Illness from food poisoning can last from a few hours to several days.

For most people, food poisoning is an unpleasant and uncomfortable annoyance that resolves after a few days. However, for some people, such as the elderly, infants or those with chronic disease (like diabetes), food poisoning is more serious, as it can lead to dangerous complications.

It’s also important to realize that having diabetes affects your immune system, raising the risk of getting a food borne illness. And it might take longer for you to recover from the illness than it does for people who don’t have diabetes.